Since Bennie died, I’ve been less than productive. I’ve almost been frozen in place under the weight of grief. Even though he was a bastard, I knew where I fit in the world. He was what I bounced off of in life. Though it may seem odd to grieve someone you’ve wished dead a million times, it happens. All the time. To normal people who’ve lived with an abusive person who dies.

Before Bennie died, I had planned on killing myself. There is an overpass going into Channelview that has these big pillars holding it up. For the longest time, there were large, orange, water barrels surrounding the pillars. I knew I could never get my truck to go fast enough to plow through the barrels and hit one of the pillars with deadly force. Eventually, they installed a guard rail system with a crumple zone. There went my plan.

Time passed and Bennie died. I felt that I, too, was dead for all intents and purposes. I found my mind drifting to that overpass in Channelview with more and more frequency. So, I decided to go ahead and buy the car I always wanted. It’s nice and fast. Bennie insisted that, if we bought one, it had to be a Hellcat. One could buy a house for what they cost and we couldn’t afford it. But, when I bought my car, though it’s not a Hellcat, I knew I could get up enough speed in short enough time that I could get the job done. It was a very liberating feeling.

I’ve made four trips to Mom’s since I bought Maxine. The first couple of trips, I kept on with my planning, seeing when traffic was thinner and how much speed I could get from Point A to the pillar. I was still spending most days frozen on the couch, crying and trying to process the emotional freight train that was running me down 24/7. But, around Thanksgiving, something began to lighten inside. I began to be able to just put him out of my mind. I kept practicing that until I’ve almost mastered it. I don’t look at his picture, or his chair. His coffee cup is exactly where he left it. I block it out. I block him out. If I don’t, I cry like I’ll never stop. But I don’t feel compelled to end myself right now. I think that’s behind me. I still take thrill rides in my car and probably take risks I shouldn’t, but it always makes me feel alive.  In a good way.

Nights like tonight, when I can’t sleep, I may still not wash dishes or dust, but I accomplish something that has eluded me since Bennie died…I enjoy the night and, somewhere inside, I’m beginning to feel peace. As frustrating as it is not to be able to sleep, what better time for peace to find you than in the stillness of the night?

I just turned 50, and for the very first time in my life, I’m getting used to the idea of living in peace, as violence, and the constant threat thereof, has been the order of the day since I was born. There’s always talk of breaking the cycle of this or that. I certainly broke a couple of cycles when raising my boys. But nobody ever tells you that, just because the threat is removed, the violence doesn’t stop inside of you. You have to figure that out on your own. I think I’m doing that…figuring it out. Since Bennie died, the air is more breathable. The tension is gone. No more of him sitting with the AK next to his chair when he was angry. No more waiting for those pills to finally send him over the edge. No more wondering how it would feel to be shot. Would it hurt? Would I see it coming, or would he wait till I wasn’t looking? Would he even do it at all? I never realized how much that stressed me out. It must have, because I’m not shaking inside all the time. I can feel my soul sometimes. My gut. I can achieve calm. Inside. Of me.

I’ve rambled long enough, but this change is a miracle to me. It’s so new. And I never realized what it meant to feel normal. To feel like all Hell’s not about to break loose at any minute. This is awesome. It’s my miracle. Mine. Like God was listening. To me.

2 thoughts on “A Midnight Ramble”

This site uses Akismet to reduce spam. Learn how your comment data is processed. 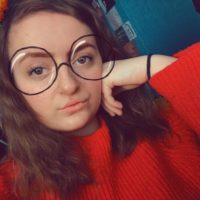 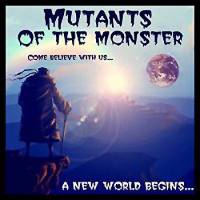 © Elle Hardy and abaddonawaits.com, 2015. Unauthorized use and/or duplication of this material without express and written permission from this site’s author and/or owner is strictly prohibited. Excerpts and links may be used, provided that full and clear credit is given to Elle Hardy and abaddonawaits.com with appropriate and specific direction to the original content.

This work is licensed under a Creative Commons Attribution-NonCommercial-NoDerivatives 4.0 International License.
The Eve of Change

Life changes so do we.

One doesn't exactly remember what they read, but they will forever remember how it made them feel. - Maya-Angelou-inspired.

Healing on the path of learning

KINDNESS IS FREE, sprinkle it all over the world and 😁 smile

A Small Garden with Delusions of Grandeur...

I'm the last words of a slain poet

Rhythm In Life
My brain has a heart of its own.

Got this one life.

"When you've been granted the privilege of being heard..."

Walk with me.. Through my sorrows and joys..through my wonders and my paranoid.. Sail with me over the real mystical world.. And in the end we will know.. What this journey was for........

No Talent For Certainty

Trying to Understand Is Worth It

Fluff n other stuff about the Aarhus' with some photography mixed in.